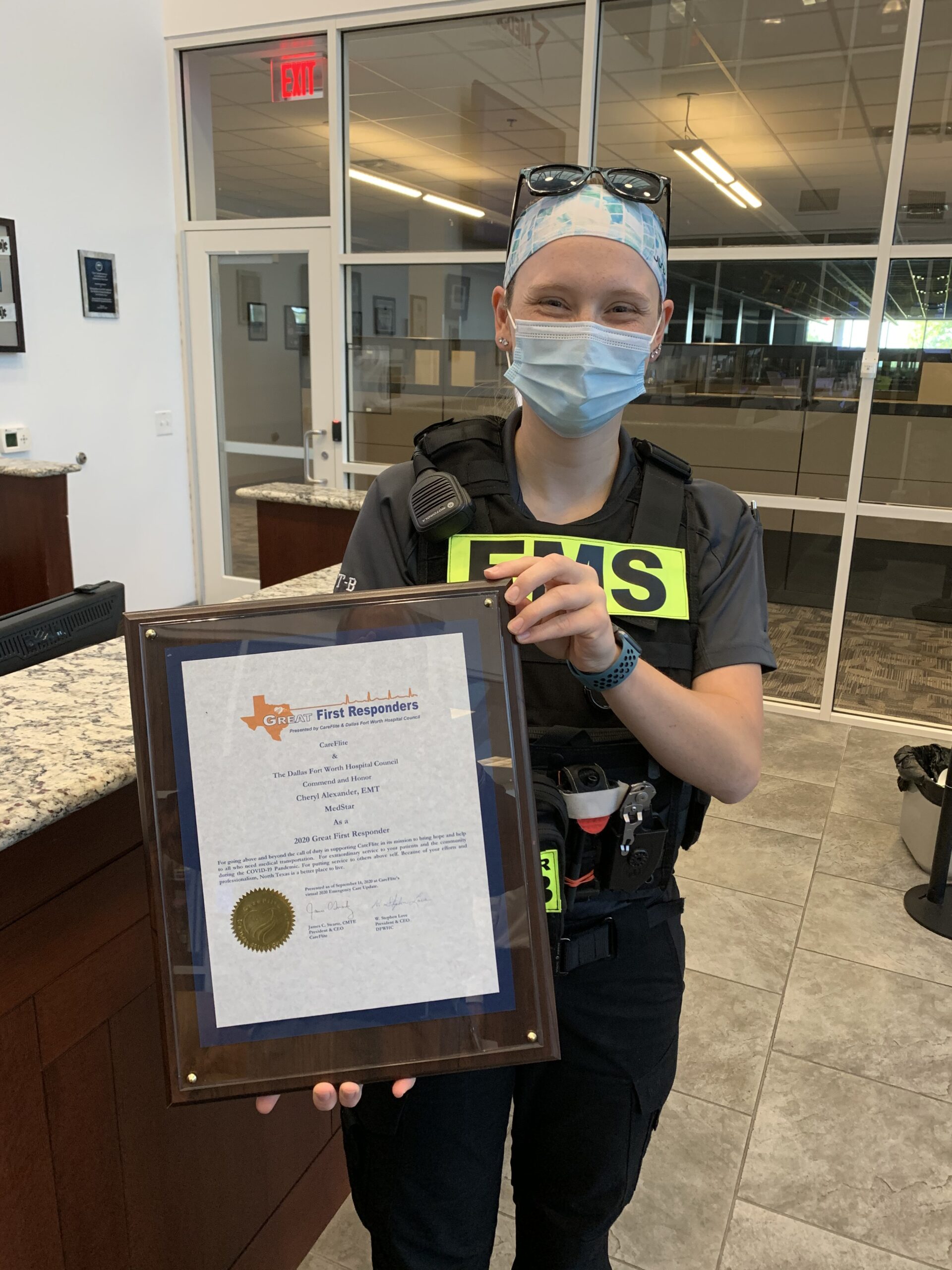 By Matt ZavadskySeptember 4, 2020No Comments
Congratulations to Cheryl Alexander for being named a Great First Responder by CareFlite and the DFW Hospital Council!
Cheryl was nominated for this award because of her actions at a crash scene, described below by her partner, Jeff Stalder:
Today (August 12th), we were dispatched to a Priority 1 motorcycle versus a car incident. Upon getting out of the truck, we could see a mangled sport bike and an adult male lying on the ground.
We could instantly see that his right femur was broken and likely his pelvis, but the strangest detail stood out…he was visibly in pain but silent.
As we approached, the Fire Captain stated that the rider was actually deaf, so they were having difficulty
communicating with him.
I immediately turned back toward the truck where Cheryl, and our trainee Lindsay, were loading the stretcher with equipment to take to the patient. I called out to Cheryl to switch with me because, as it turns out, Cheryl is fluent in American Sign Language!
Cheryl quickly moved to the patient’s side as Lindsay and I pulled the stretcher close. In no more than a couple seconds of smiling at our patient and giving a sort of exaggerated walrus-like wave, she was instantly bridging the gap for him to those of us that were trying to help. The near instant look of relief and calm seemed to come over him; he began signing back and forth with Cheryl giving us his complaints of pain, dizziness, medical history, and showing his level of awareness.
We were able to determine that his pelvis was also hurting in addition to his right upper leg, was able to answer that he was not having difficulty breathing and that he could feel and move all of his extremities.
Here’s where the incredible happened…Cheryl, while continuing to sign with our patient, continuously reassessing, began providing patient care as well. She spoke to his boss for him to pass along where he was going, helped perform the detailed physical assessment, identified a decrease in lung sounds in his right lung (which turned out to be a growing hemothorax), assisted in applying a tourniquet when the patient appeared to be bleeding into his thigh, and even write down patient information on the patient care worksheet…all this without failing to keep up conversation with our severely hurt patient.
Through her commitment and care, she recognized that he was beginning to reflect repetitive statements, sign of a possible head injury, but she was still able to make him laugh during transport! 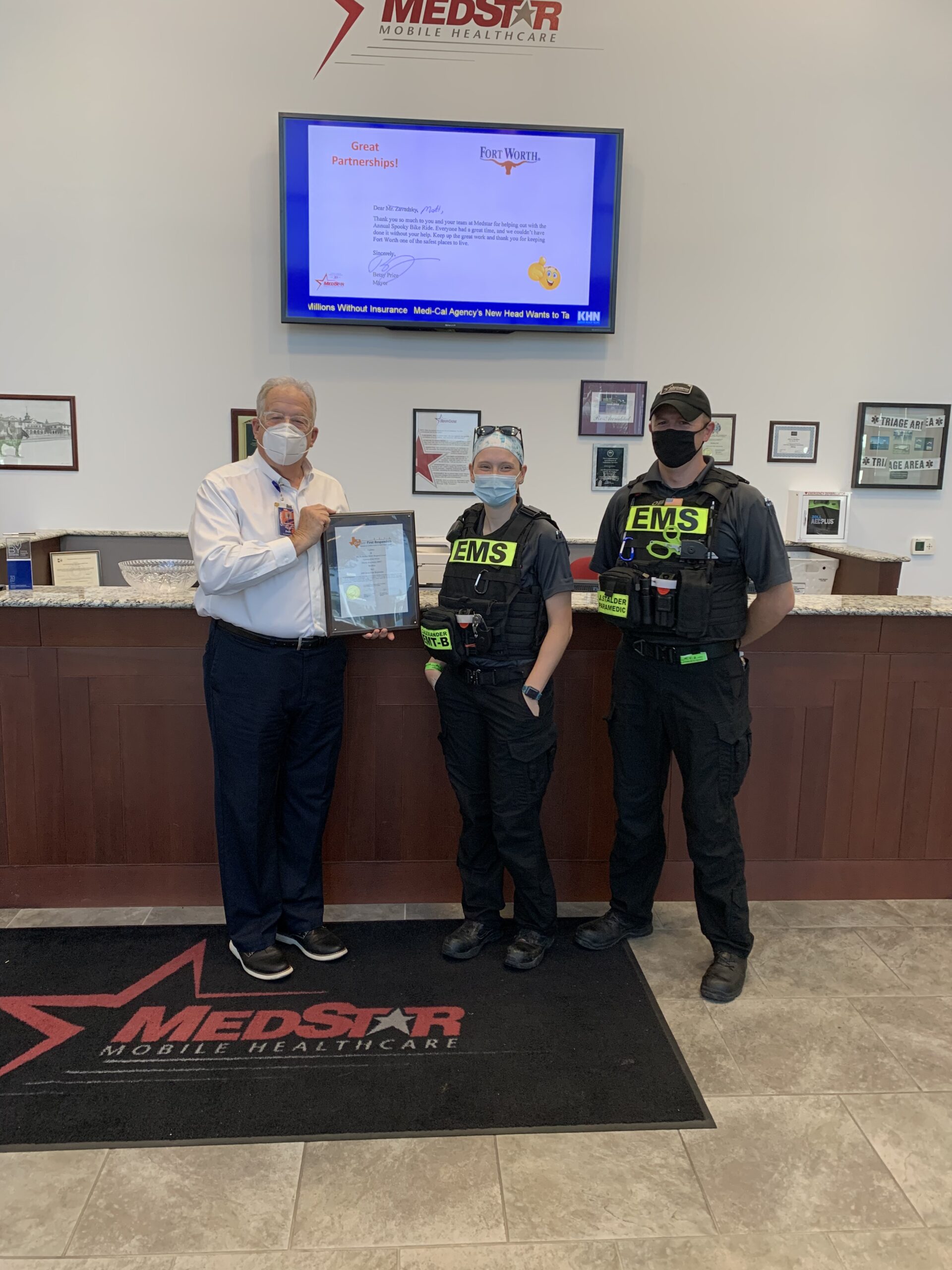